Problem: Stephen loves pizza. There’s really no other way to say it. He believes (and I agree), that he could eat pizza every day for the rest of his life. So naturally, we eat a lot of it. But as you probably know, it can get expensive.

Solution: There’s a pizza place here in Provo called Nicolitalias. It probably makes the best around (except for the Pie)… only it can be really greasy and the flavor of the pepperoni varies by day. Anyways, they sell their pizza dough for $1.99! It’s not only delicious and healthy (its partially wheat), but a big time/money saver. So we bought some the other day and threw a pizza together. It was quick and easy to make and probably was the best tasting pizza I’ve ever made! 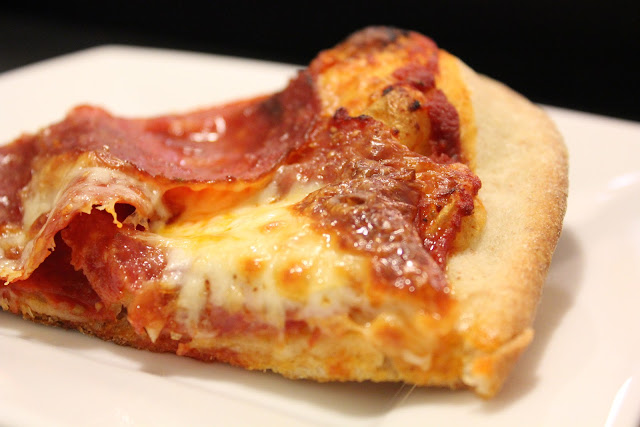 Get our latest & greatest recipes in your inbox.